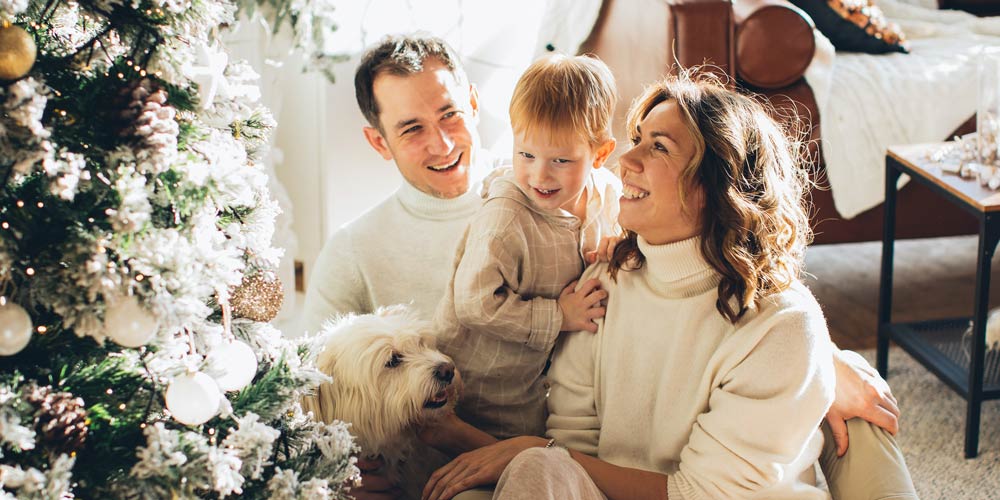 Christmas is just around the corner and although this year will be somewhat different, we invite you to plan endless activities in Barcelona, together with your family. Don’t let the Christmas spirit fade! HO HO HO!

The Santa LLúcia Fira is par excellence the Christmas market in Barcelona and the oldest. It has been celebrating more than 234 years and this year could not be missed.

The “fair” begins at the end of November or beginning of December, with more than 280 stops arranged by sectors according to the items sold (nativity scenes and figures, vegetation and crafts) and located in front of the Plà de la Seu, on Avenida de Cathedral. The sellers will offer you, as they have always done since ancient times, all the products you need to decorate your home for the Christmas holidays. In addition, the little ones will be able to approach the giant Tió that will be presiding over the square.

Käthe Wohlfahrt is a German store that has an incredible handmade Christmas decoration, located in the Gothic quarter of Barcelona.

You can teleport to a real Christmas market in Germany. The store is set like a Christmas village, in which each area is dedicated to specific products: nativity scenes, tree decorations, cuckoo clocks, nutcrackers, incense smokers and the traditional Christmas pyramids, which rotate due to the heat. of the candles and create games of light and shadow. It should also be noted that the shop assistants wear the typical local costumes and there is a huge tree in the center of the store that will leave you speechless.

Since 1962, a Christmas fair has been organized every year in the Plaza de la Sagrada Familia, the most traditional Christmas market in L’Eixample. This Fair coincides with that of Santa Llúcia, in front of the Cathedral. In fact, it is an extension of this since it began to be organized when there was no longer space for posts in front of the Cathedral. A group of artisans decided to move to the Dreta de l’Eixample and, in this way, a new Christmas market was born.

The numerous stalls that fill the square are divided into four sectors: that of Christmas trees and plants; that of mangers, traditional figures (such as the caganer), tions and Christmas decorations in general; that of food, with establishments for the sale of sweets; and the gifts sector, with stalls selling handicrafts, costume jewelery and clothing.

Hours: From November 28 to December 23, from 10am to 9pm from Monday to Friday and holidays, and until 10pm on Saturdays, Sundays and vigils.

Due to health reasons, this year the manger will not be able to be installed in Plaça de Sant Jaume as usual, however, there will be an exhibition based on a tour of the mangers of the last ten years. As if it were a nativity scene, the exhibition is structured around five of the main figures: the angel, the Kings, the birth, the animals and the caganer. In the exhibition we can see the interpretation that has been made of each of these five figures in the mangers that have been installed in Plaça de Sant Jaume over the years.

The exhibition can be seen on the ground floor of the Town Hall and admission is free.

L’Aquàrium de Barcelona is a phenomenal option to experience the magic of Christmas surrounded by fish, sharks and other fascinating creatures.

It has more than 11,000 fish and marine creatures of 450 different species. These are divided into three spaces: Mediterranean aquariums (14 aquariums to discover the Mediterranean Sea), tropical aquariums (with exotic species and colorful fish) and the Oceanarium (the largest area of ​​the Aquarium, with an 80 meter glass tunnel that allows privileged views of, for example, sharks).

One more year, they have prepared different activities, workshops and magic shows to enjoy as a family on these dates where the illusion of the youngest children at home are the protagonists. Not only will they be able to enjoy the activities, but they will also be able to visit the Barcelona marine center, which is once again present in the alliance of 106 aquariums from 33 countries that have joined with the European Commission and the United Nations Program to the Environment with the aim of combating plastic pollution in the oceans and seas.

One more year, the Poble Espanyol venue will be filled with Christmas corners in various streets, squares and shop windows to offer you an emblematic place, outdoors and full of proposals for families in Barcelona.

Right there is the House of Santa Claus and you can visit (until December 23) or you can meet one of the Kings (from December 26) to deliver the letter personally (with prior reservation and all the necessary measures). security, yes!). In addition, in the Plaza Mayor for the first time there will be a large Christmas tree, as well as live music. There will also be surprising dance and acrobatics shows, and throughout the premises, the artisans will offer you Christmas craft workshops.

If your children like science, we propose a fun and educational plan for these parties, which is a visit to the Cosmocaixa, one of the most emblematic science museums in Barcelona. It is located in the heart of the upper area of ​​Barcelona, ​​very close to the Collserola mountain range and Tibidabo and its fantastic modernist building stands out.

The museum is divided into zones that represent different branches of science. They are not independent rooms, but rather they are located in a large and open space and through which one goes, discovering different sciences such as optics, physics or chemistry. In short, it is designed for the little ones to touch, feel, taste and see, but also for the older ones to learn during the visit.

We highlight a huge room where the flooded forest is located that reproduces an Amazonian forest, full of fish and different species of animals, very tall trees and the rain that is falling from aerial sprinklers that achieve a magical effect both visually and in terms of auditory.

Hours: Monday to Sunday and holidays, from 10am to 8pm.