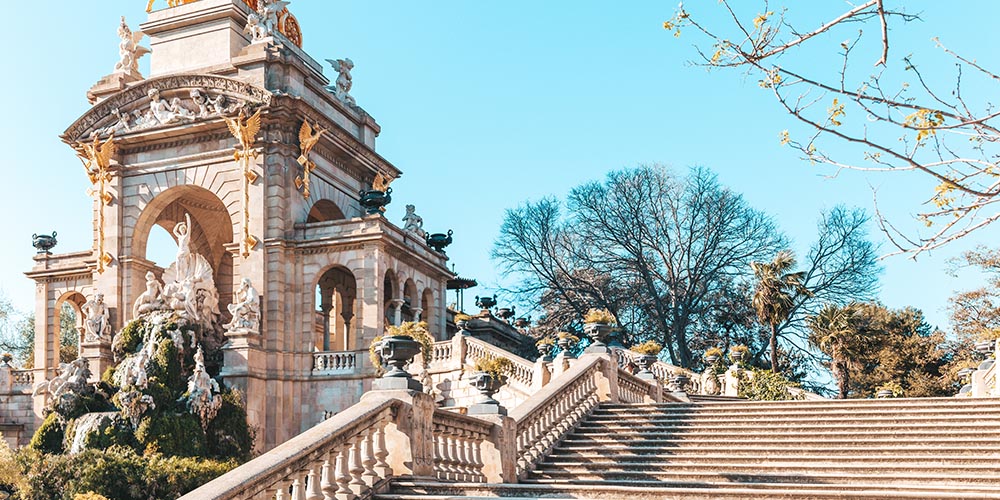 Are you thinking of moving to Barcelona? In this article we will explain what are the most popular and safe neighborhoods so you do not make mistakes when choosing your next home.

Barcelona is the capital of Catalonia, on the shores of the Mediterranean Sea and 120 km south of the Pyrenees. Its international airport is only 15 minutes from downtown. It is the second most important city in Spain and stands out among the most cosmopolitan and avant-garde cities in Europe given its cultural, artistic, financial, commercial and tourist influence.

Barcelona has a total of 73 neighborhoods grouped into 10 administrative districts, in this article we will detail information on the 6 most important.

It consists of six neighborhoods:

Eixample is famous for being one of the most dynamic districts of Barcelona. Three of the most important roads in Barcelona pass through it: Paseo de Gràcia, Gran Vía and Avenida Diagonal. In addition, it hosts many of the most important attractions of the city such as the Sagrada Familia, Casa Batlló or La Pedrera. On the other hand, thanks to its configuration, it is possible to find restaurants, bars, supermarkets or any type of trade in the same block. In addition, it is an ideal area for shopping, either in the elegant Paseo de Gràcia or along the Diagonal. In this area we can find our new The Passage apartments, located in the center of Eixample.

The district of Ciutat Vella is delimited by the perimeter of the wall of the old city and corresponds geographically with the historic center of Barcelona.

Ciutat Vella is the first district of Barcelona, the embryo of the city. Therefore, talking about Ciutat Vella is talking about the history of the city since its inception. The district limits to the west with L’Eixample, to the east with the Mediterranean Sea, to the north with Sant Martí and to the south with Sants-Montjuïc. Ciutat Vella is formed by four neighborhoods, each with its own uniqueness. In the south we find Barceloneta; in the west, the Raval; in the center, the Gòtic; and in the east, Sant Pere, Santa Caterina i la Ribera, commonly known as “El Born“.

Ciutat Vella is a district that offers everything: culture, heritage, history, neighborhood and entertainment.

It is one of the greenest districts of the city and is the entrance to the Collserola park. Sarrià-Sant Gervasi is a nucleus with a town center, composed of the districts of Sarrià, Tres Torres, Sant Gervasi-la Bonanova, Sant Gervasi-Galvany, Vallvidrera, Tibidabo i les Planes and Putxet i el Farró.

It could be said that until this area of Barcelona the wide streets and the high-rise buildings did not arrive. The district was chosen as a place of residence by the Catalan bourgeoisie of the 19th century. Most of its imposing modernist houses, palaces and gardens have remained intact to this day.

Here are most of the schools in the city, is an ideal district for families with children and that is why most of our residents choose to land in Barcelona when they come with their family.

The upper area of Barcelona has traditionally been a distinguished area reserved for the upper classes of the city. In fact, for many centuries it was a territory without a municipality and directly dependent on royalty. At the moment Les Corts continues being a district with elegant airs but the urban growth of the zone has propitiated its adaptation to the middle classes. It is a district full of parks, gardens and green areas.

Currently, the district of Les Corts is formed by three neighborhoods: Les Corts, Pedralbes and La Maternitat i Sant Ramon.

From the sea and towards the mountain lies one of the districts with more cultural and sports offer of the city. Factories converted into museums, nightlife areas, popular markets and, of course, the sports facilities in which the emblematic 1992 Olympics were held.

The district of Sants-Montjuïc is the largest in Barcelona, with an area of 2,090 hectares, which represents almost a quarter of the municipal district of Barcelona.

The Gràcia neighborhood is just one stop from the beginning of Passeig de Gràcia but it seems a completely different world. Gràcia was an independent town until the end of the 19th century and even today its community is small and closed. The locals are very proud of their roots; they do not say “I’m from Barcelona”, they say “I’m from Gràcia”.

The area is populated by bohemian artists and crowds. It has a wide diversity of races and has a large concentration of international restaurants. Plaça de Sol is the best known place in this neighborhood. It is full of cafés-terraces and at night it is the place that people choose to go for a drink, however, despite its modern nature, Gràcia is at the same time a very traditional neighborhood with a large population of elderly people. This creates a strange and fun mix that makes it a special place to sit and enjoy watching people go by.